The Business Alliance for Protecting the Atlantic Coast (BAPAC) is the leading business organization working to ensure the long term health and economic vitality of the Atlantic seaboard through responsible stewardship of the coastal and ocean waters.

Since BAPAC’s formation in September 2016, it has received the support of over 42,000 business and 500,000 commercial fishing families for the organization’s efforts to protect the Atlantic Coast from offshore oil/gas exploration and drilling.

BAPAC’s advocacy in Washington was quickly rewarded in January 2017 with the Obama Administration rejecting permits to conduct seismic testing in the Atlantic.

Today there are continuing threats to our vibrant tourism, recreation and commercial fishing economies of our Atlantic Coast. Big Oil and seismic testing companies are continuing to push Congress and the Administration for offshore oil exploration and drilling.

Some members of Congress still inaccurately maintain that drilling for oil off the Atlantic Coast is necessary for energy independence and local economic development. The truth is that America has already largely achieved energy independence through its abundant oil and gas reserves from existing sources and the growing renewable energy industries.   Drilling, with the inevitable leaks and spills, actually threatens our existing local coastal economies that are dependent on a healthy ocean with clean beaches and pristine coastlines. Drilling is simply incompatible with our coastal economies and ways of life.

The BAPAC business voice for protecting the Atlantic Coast is growing because the threat is real. 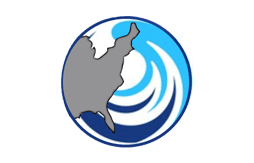 The business community formed the Business Alliance for Protecting the Atlantic Coast (BAPAC) to advocate in our states and in Washington DC against drilling and seismic testing. The threat is very real. 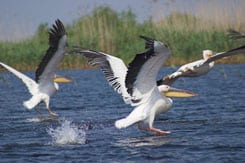 Join us in this fight to protect the Atlantic Coast from any threat of offshore oil development.

Representing Over Businesses &
Commercial Fishing Families Of The Atlantic Coast