More than 100 members of Congress are urging the Trump administration not to open up the Atlantic or Pacific oceans for oil and gas drilling as part of the Interior Department’s review of federal offshore policies.

In a letter released on Monday, the members said drilling in the Atlantic or the Pacific would imperil local economies based on fishing and tourism, which they said would both be threatened by the effects of a potential oil spill.

“We do not believe that new oil and gas exploration or production activity in the Atlantic and Pacific Outer Continental Shelf (OCS) is compatible with the sustainable coastal economies on which so many of our constituents and communities depend,” the members wrote.

“As you conduct a review of our nation’s existing oil and gas leases, we again strongly urge you to reject proposals to open the Atlantic and Pacific OCS Regions to new offshore drilling and exploration.”

Democrats make up the bulk of the members signing the letter, though a handful of Republicans joined as well, including co-lead authors Reps. Frank LoBiondo (R-N.J.), Dave Reichert (R-Wash.) and Mark Sanford (R-S.C.).

President Trump signed an executive order in April requiring the Interior Department to reconsider the five-year offshore drilling plan the Obama administration finalized last year. That plan did not include lease sales for the Atlantic, Pacific or Arctic oceans.

The Interior Department last week announced that it would consider allowing six companies to use seismic testing to assess potential oil and gas reserves in the Atlantic Ocean, though it will take years before any potential testing permit is issued. 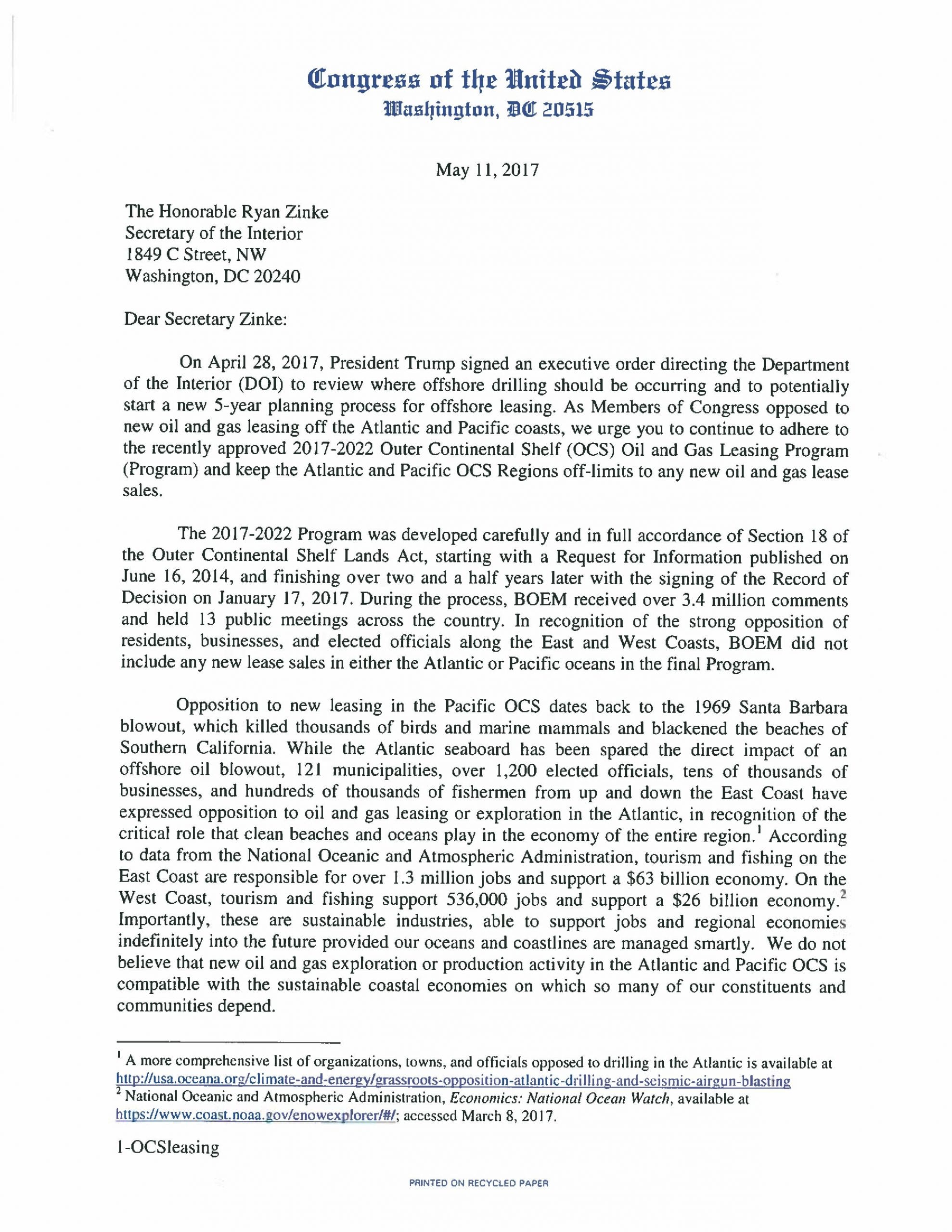